Wormhole is a complex ecosystem with several noteworthy components. Before we go into each component in depth, let's talk about the names of the major pieces and how they fit together. 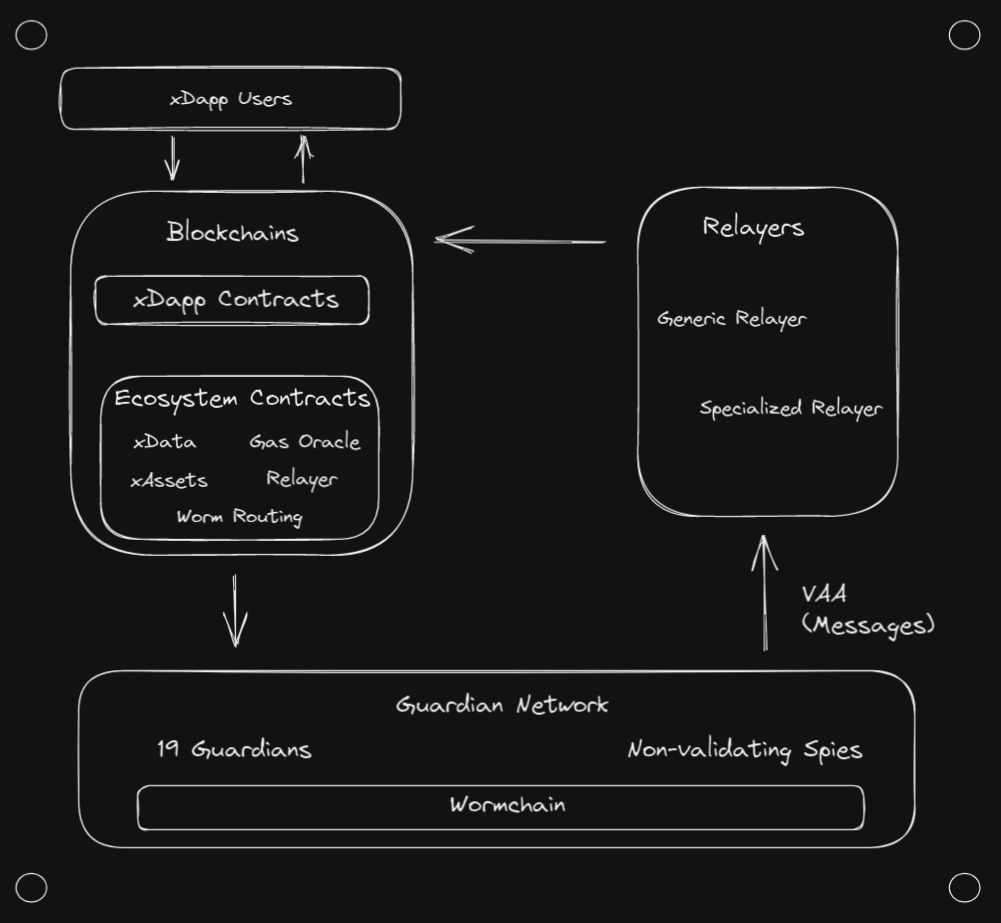 *Features listed as in development are not yet available.

In the next section, we'll give an overview of how the Wormhole Guardian network creates VAAs along with a look at the key design considerations that underpin the network.