Topology describes how data flows through your application and defines the responsibilities of each component. In terms of overall xDapp topology, the primary decision is determining where your smart contracts will live and the responsibilities each contract will hold. 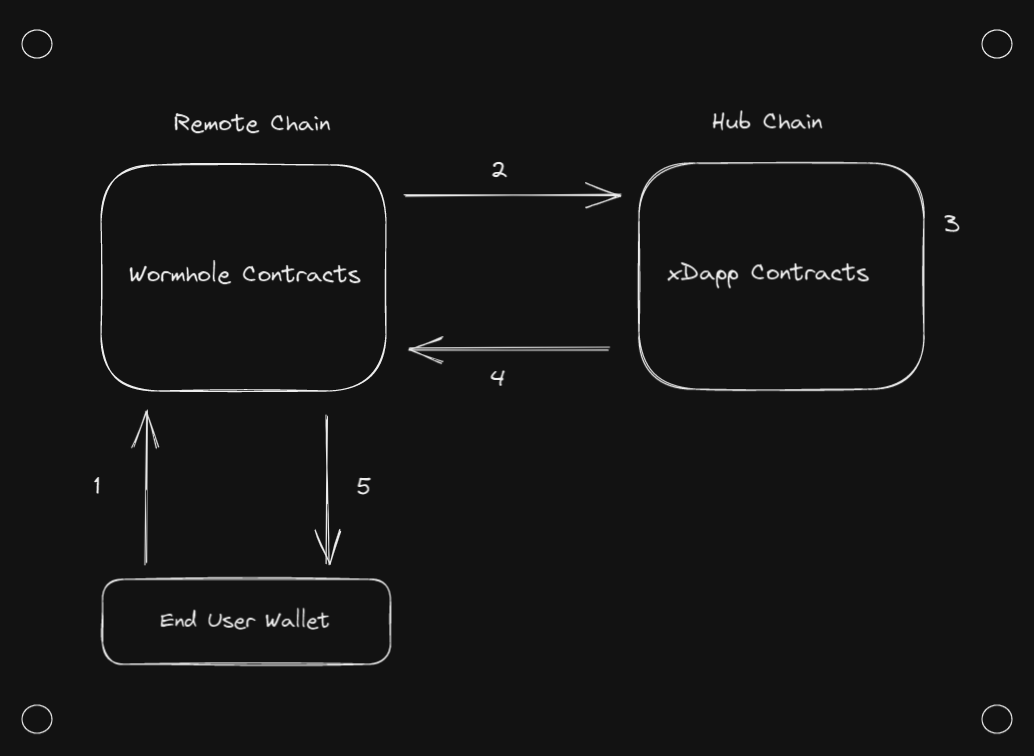 Ultra-light Clients are often the best option when designing an MVP for your xDapp. The defining feature of an Ultra-light Client is that you are able to support users from every chain in the Wormhole ecosystem while only having smart contracts on a single chain (!!!).

xDapps with this structure work by having a hub chain that all application contract logic is deployed to and entrypoints which receive and send Wormhole messages to remote chains. The network of Wormhole contracts deployed on other chains across the ecosystem provide the rest of the heavy lifting to send messages across chains.

You can think of the data flow across a xDapp with a Ultra-light Client as follows: 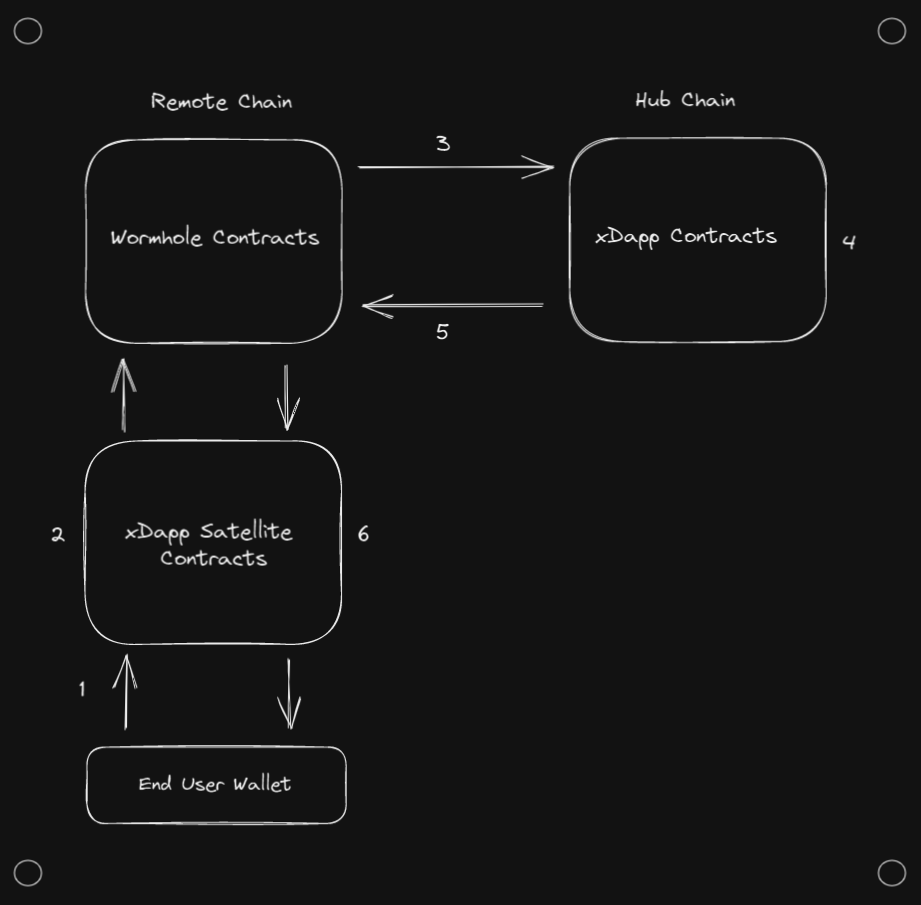 Hub and Spoke models can somewhat be thought of as the natural evolution of the ultra-light client. There is still a hub contract which handles all transactions, but there is now also a contract deployed to all the remote chains that is capable of performing some trusted computation.

You can think of the data flow across a Hub-and-Spoke system as follows: 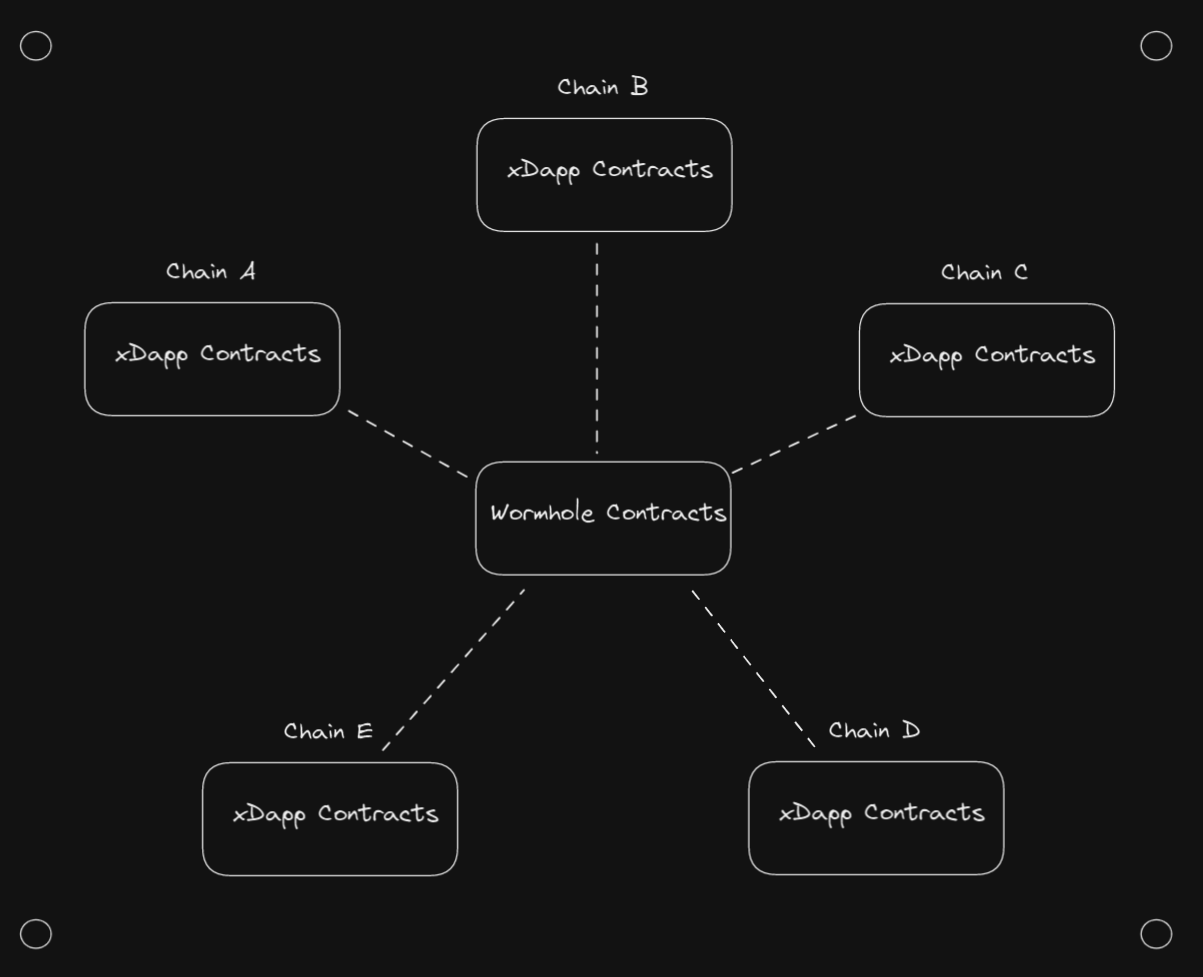 Mesh topologies can somewhat be thought of as the next evolution of the Hub and Spoke model. There are now contracts capable of handling all transactions for an application are deployed on all supported chains. Each contract can be thought of as a peer of other contracts in the trusted network and can act autonomously.

This is historically the most popular methodology for going cross-chain. It's very attractive in ecosystems like EVM or Cosmos, where a single smart contract can simply be deployed across many different blockchains. 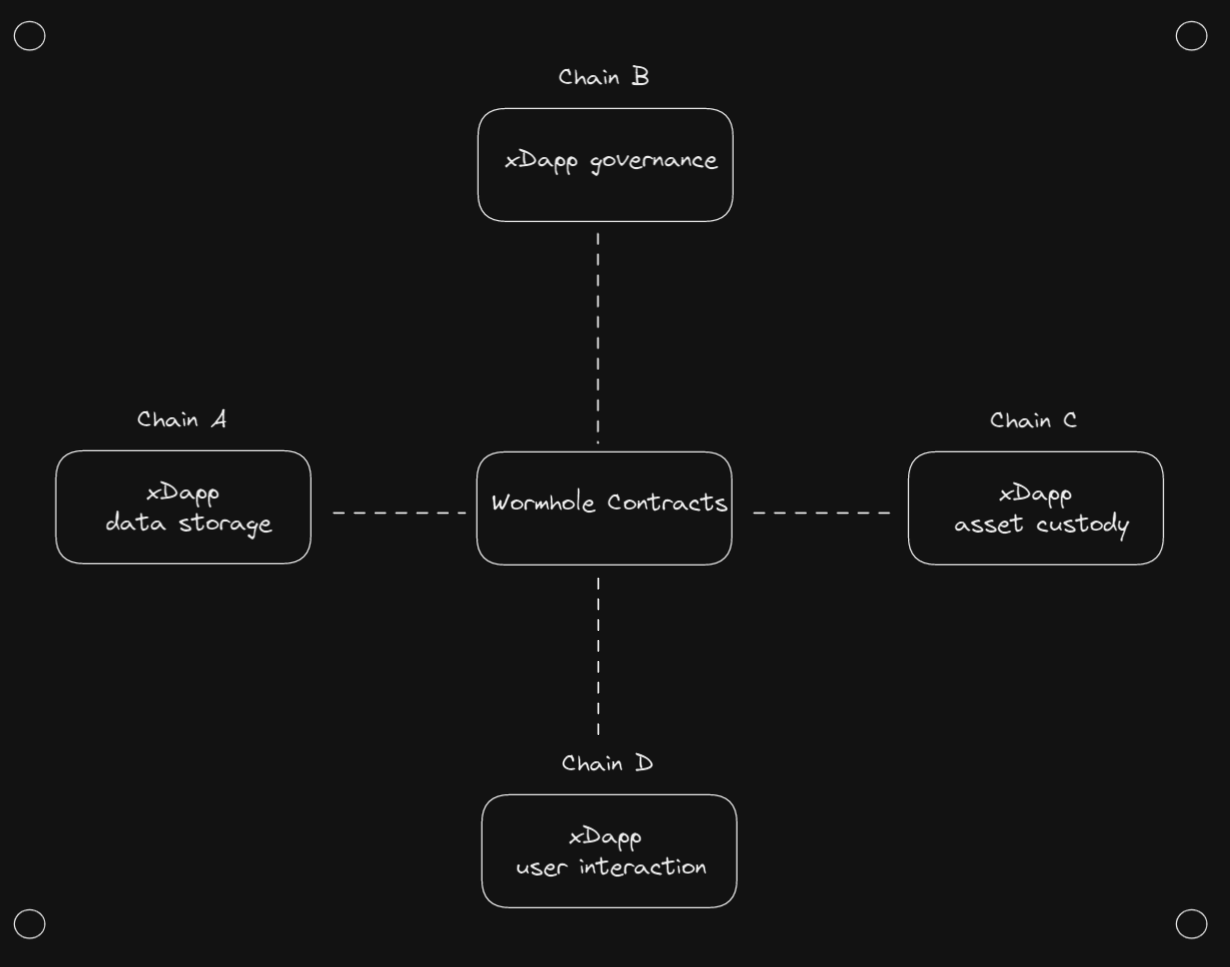 Distributed topologies can somewhat be thought of as the next evolution of the Mesh model. Instead of contracts that are capable of handling all transactions for an application on all supported chain, applications are broken up into separate responsibilities (i.e. data storage, user interaction, asset custody, governance) and deployed to different blockchains.

Different use cases have different optimal topologies, and it's possible to use different topologies for different workflows in your application. This means you should not feel 'locked in' to a single topology, and should instead consider designing each workflow independently. For example, governance workflows are generally best implemented using a Hub and Spoke topology, even if the rest of the application uses a Mesh architecture. As such, your contracts will likely evolve over time as your xDapp evolves and adds additional workflows.

You can also progress through different topologies. A common strategy is to start off with an ultra-light client, move to a hub and spoke configuration, and then add optimizations and specialties to contracts as the need arises.